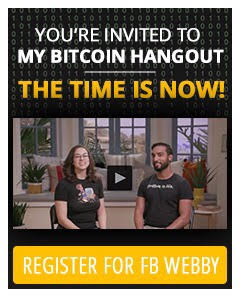 There is a very legitimate concern that Bitcoin is in a bubble.

In just 1 year, we are up 10x in Bitcoin, and if you go a little further back, it’s much more than that.

When you are riding the wave of a bull market, it is human nature to ride the “wall of worry.” I would remind everyone reading this that there was no time in Bitcoin’s history that people didn’t say that it was in a bubble or overvalued.

By the way, we are 9 years away from when Satoshi Nakamoto’s white paper was published on Bitcoin. Appropriately, Bitcoin is skyrocketing to all-time highs, and I think we are just scratching the surface of its potential. Keep in mind that the mining reward halves again in 2020, which will only put more pressure on the cryptocurrency.

I personally don’t see an immediate risk of a massive correction that is so severe that we would call it a crash.

There needs to be a clear distinction between the risk of the crypto-currency investing mania and the underlying technologies they are bringing around.

One glaring reason why we can justify $11,000 is that there is, in fact, an ICO bubble, and when that ICO bubble pops, a great deal of those funds will likely rush into Bitcoin.

There’s no doubt that there is going to be a consolidation of the speculative money.

ICO euphoria has taken off to the nth degree, which has led to over $3 billion being raised so far for companies seeking early-stage venture capital. Believe it or not, this number has exceeded the amount of money that has been raised in the IPO markets for the year.

If you can get beyond the ICO speculation and the misconception that every token is a Bitcoin competitor, you can start to appreciate that these are the foundational platforms for many blockchain-based solutions to ride on, and that is powerful.

We are really talking about decentralized security on the blockchain, uncensored media, advertising, marketplaces without any intermediaries, data storage, and the list goes on. It’s very early in the game, and to attempt to understand where this is all headed is a fool’s errand.

What I will tell you is that among the mess of ICOs, many are scams andBitcoin copycats that will never hold a candle to the godfather of dominance as a form of decentralized digital money.

There is a decent amount of confusion about which cryptocurrency will be the ultimate form of wealth storage, and what I’m telling you is that it’s Bitcoin.

No one is laughing now that Bitcoin is over $11,000. Despite those who want to heckle and berate, what is becoming the legacy of Bitcoin continues to steamroll further.

P.S We got some exciting stuff check out Bitcoin Strategy Club 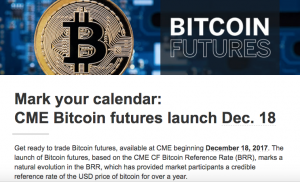 P.S.S Register Now for our next LIVE FB Webby will discuss BITCOIN FUTURES